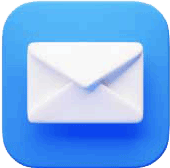 Formaloo SDK is a Python-based SDK to be used in the development of apps and scripts based on the power of Formaloo’s features. The primary purpose of the SDK is to provide an easy-to-use Python environment enabling developers to authenticate a user and use APIs of the Formaloo Customer Data Platform (CDP) and Formaloo database builder.

What can Formaloo Platform for me and my business?

Formaloo is the next generation of data analytics. With Formaloo you can use your own data to analyze your customers, your business and even predict the future. Formaloo adds an AI-powered data expert to SMBs & SMEs so they can really understand their business and their customers and act on it to boost their Loyalty, LTV and CX.

Formaloo is built for businesses, not data scientists. It’s super simple to use and understand, you don’t have to know data analytics or coding and best of all, it requires no data experts to operate it.

Formaloo CDP is a Customer Data Platform that collects, analyzes, and unifies data from all data sources in order to grow customers’ loyalty.

Note: even though you don’t need to write any code for using Formaloo, but we have made it possible for you to create your own apps and use the Formaloo APIs as you like by creating Formaloo SDK.

How to use Formaloo SDK?

It will be necessary to have created a Formaloo account with a Connection and have the client_key and client_secret codes for the Connection to use the SDK.

Get client key and secret key in formaloo dashboard:

Go to the link below and click on Add Source button to create a new connection.

Then click on your connection and you will see this page:

Then export them as environment variables:

Also, you can create a .env file and add these variables to it.

For example we want to get the list of our forms, first, we should import Form class and create an instance, then we call get_list method like below:

We want to use Formaloo SDK to create a form in our app that has a field, then we submit the form with our data. then we get the list of rows(submits) for our form.

● First, we create a form

We create a form and keep slug and address of it.

● Adding fields for the form

Now we have our form with two fields:

See your form using form_address variable that you set:

Submit the form and then you can see responses of the form in formaloo’s dashboard.

url_params: in this argument, we set parameters of URL in a list by order.

Open https://dash.formaloo.net/u?page=1 and select your form then you can see that the response(row) added for your form:

Then we can get the list of submits (Rows) for the form using SDK: